Getting Around on Tenerife

During your stay on Tenerife, you have basically two options for getting around on the island: You can either rent a car or go by means of public transport. If you are staying in a hotel, you often have the option to use its pick-up service from the airport to the hotel and back.

Among the means of public transport, the green buses of Titsa (called “guagua”) are by far the most important on the island. The network is very well developed, even though there are some remote villages that are only served a few times a day. On the main traffic routes along the highways, buses are running every 30 minutes or even more frequently. Every bigger city of the island has a bus station (the “intercambiador”), around which the bus lines are organized. In cities like Santa Cruz or La Laguna these stations are quite big, so you should plan in some time for finding your way at least when you are there for the first time. 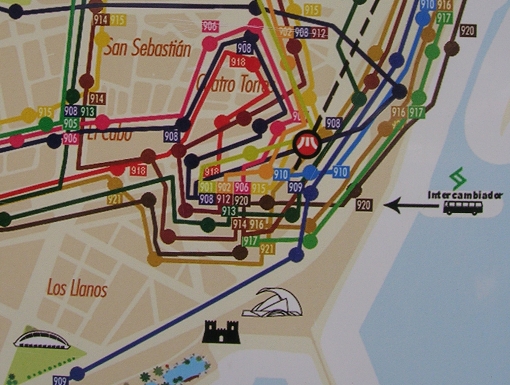 In the timetables you usually find the scheduled times for the departure stop and the total time of travel to the terminal. At stops in between, one usually measures the approximate departure time on the basis of this information. You have to indicate clearly to the driver that you want to get on the bus by reaching your hand out to the street in order to make the bus stop. Buses usually depart quite punctually from the terminal stops. The departure time at intermediate stops is more difficult to determine, and you might need to wait for some time until the bus arrives. You can find the timetables, maps and more information on the web page of Titsa.

In most cases, it pays off to buy a so-called BonoVía (called BonoBus before), which is a multi-trip travel card that gives you up to 50% off the regular fare. You can buy it on many kiosks or at the bus terminals for either 12€ or 30€, the granted discount being the same for both. When entering the bus, you tell the driver where you want to go to and put the BonoVía into a machine, which deducts the required fare. In the cities of Santa Cruz and La Laguna this fare is 0.85€, and also on longer rides, you hardly pay more than 5€. The new balance is printed onto the ticket. If the balance on the ticket is not sufficient for the ride, you will be asked to pay the difference in cash. When changing buses, you proceed in the same way with the difference that, depending on your destination, a lower price or even nothing is deducted from the BonoVía automatically.

A light rail is connecting Santa Cruz and La Laguna since the year 2007. The ride between the two terminal stops takes around 40 minutes and the BonoVía can be used there as well. It does not pay off to dodge the fare, as the penalty for doing so is an absurd 400€!

In addition to buses and light rail, taxis are available everywhere on the island. They are white and equipped with a taximeter, which has to be used unless a fixed price has been agreed prior to the ride. The base tariff for short distances depending on the time of the day is between 2€ and 2.50€. Every kilometer costs an additional 0.50€ and an hour of waiting around 10€. On longer distances, prices are higher. The approximate costs for the trip from the airport Tenerife Sur to Puerto de la Cruz (95km) and from the airport Tenerife Norte to Puerto de la Cruz (25km) are around 100€ and 30€, approximately (here, you should consider that you can also rent a car for one day from Cicar (see below) for around 40€, which you can pick up at Tenerife Sur and return in Puerto de la Cruz). 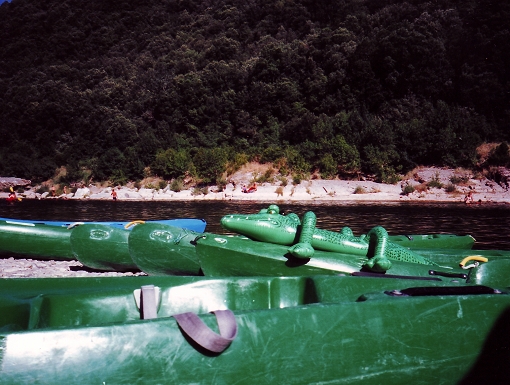 The roads on Tenerife are generally quite fit for traffic. For your own security, you should observe speed limits quite well, except for one section of road works on the southern highway near Santa Cruz, where it is safer to go with the traffic, as sometimes even trucks go at 100km/h instead of the allowed 60km/h. Potholes and smaller road damages are quite frequent. You should drive especially carefully in sections with road works, as these are often poorly marked and can be quite confusing. Of course, you have to be cautious on smaller mountain roads, as well. Apart from this, driving a car on Tenerife does not cause special difficulties, if one drives relaxed and with care. For several tax reliefs, gasoline is quite cheap in comparison with the European mainland. In August 2008, we paid less than one Euro per liter, in January 2009 around 0.60€.

The largest car hire on the Canary Islands and a good base for the comparison of different rental companies is Cicar. We can recommend their terms of hire without restrictions, and all rentals include a collision damage waiver without retention. The prices for a small car for the end of August/early September are currently a bit more than 20€ per day and based on our own experience prices are going to remain quite constant. For this reason, you can also book your car on short notice. As reservations with Cicar can be cancelled at no charge, on the other hand you won’t loose anything if you make your reservation early.

Apart from Cicar, most major international car rental companies have offices on Tenerife. You can rent cars from Hertz, Avis, Europcar and National/Alamo. Sometimes, you can also book a car for a better price when you book it together with your flight or hotel. However, as with comparison portals like Auto Europe or Pepecar there is the risk of that not all conditions for the rental might be known in detail, and you have to beware of additional costs or retentions.